Beyond the Beer: Bend Craft Spirit Scene Forging Own Path

“You can and people do make an entire vacation out of touring Central Oregon and all we have to offer in the culinary world,” said Alan Dietrich, CEO of Bendistillery.

Bendistillery opened in 1996 and has grown massively ever since. They’re best known for their Crater Lake Vodka but as soon as you visit their tasting room — it’s hard to miss their other claim to fame: an amazing view of the Cascades.

“When you stand on our back patio, you feel like you can really just reach up and touch the Three Sisters, the snow-capped peaks, the foothills and of course as it fades into our fields of Rye, it’s really spectacular,” said Dietrich.

Not only is the view breathtaking, it also offers a lesson of sorts as to why their spirits taste the way they do.

“Vodka is 60% water and without good water you can’t make a good product,” said Dietrich. “We get to actually point to the mountains and say, ‘That’s why the Crater Lake brand of spirits is so much better than anything in the world’, it’s because that water comes through the ground here and starts as snow.” 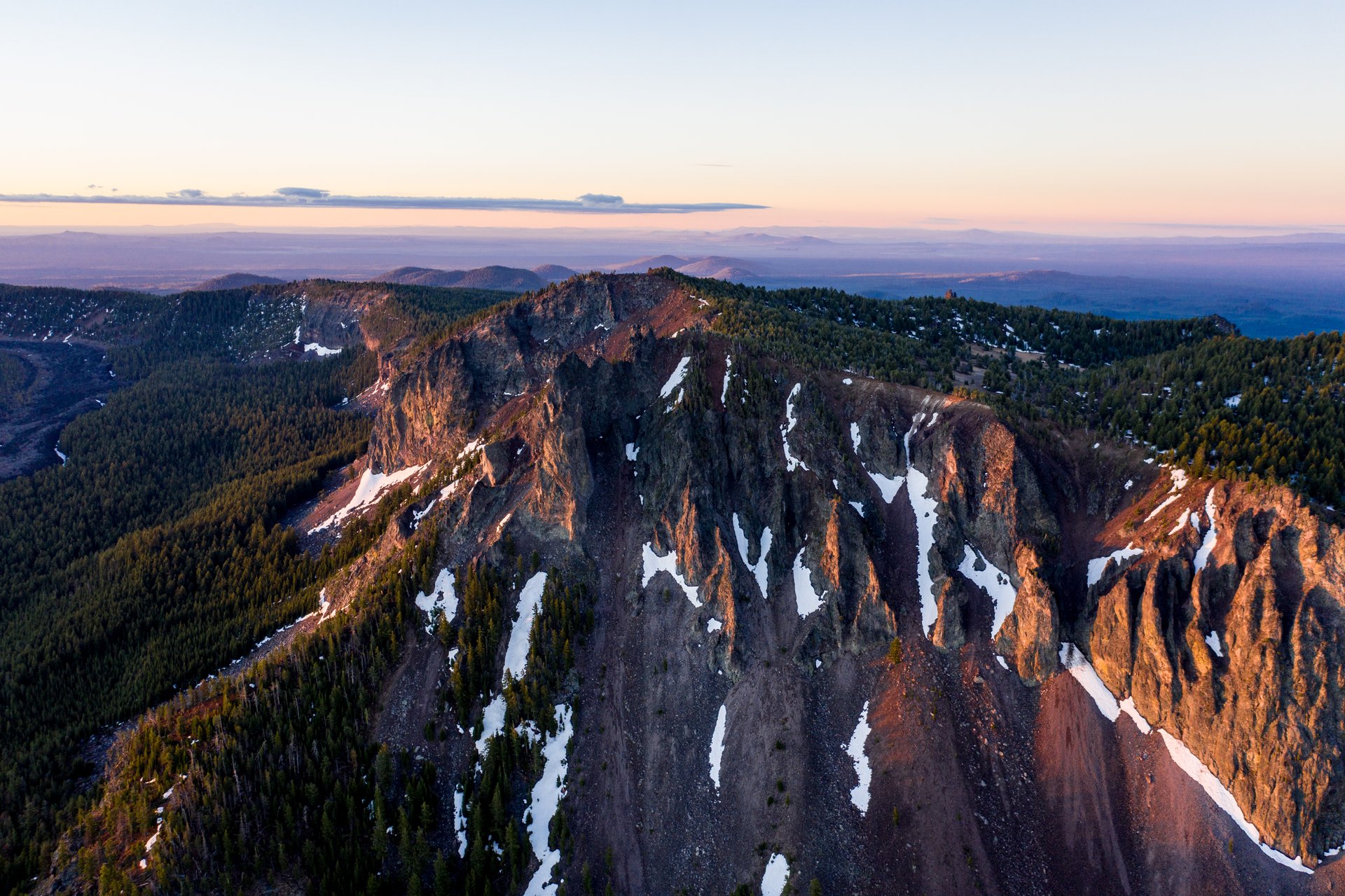 The snow-melt filters through lava rock naturally and so at Bendistillery that’s how they filter their spirits. Each year they sell tens of thousands* of cases of their spirits in 30 states and counting. Every bottle is handcrafted.

“It really offers us a chance to look at and feel every bottle, our quality control is impeccable, we can look at anything,” said Dietrich. “And because we’re a handmade product as well we want to make sure there aren’t any variations outside of what we would expect and during bottling is when we get to do a last check on that.”

The distillery is located on a 24-acre patch of land just north of Bend. In 2011, they began growing everything that goes into their Estate Line.

“That’s something we’re very proud of and it’s really probably the most rooted product in the land because we’re actually growing everything right here on site,” said Dietrich.