Getting to Bend and Central Oregon

Planes, trains, and automobiles-accessible. That’s the beauty of getting to the high desert. It’s so easy. Take in the towering fir trees along the drive as you crest over the Cascade Mountains . Open the window to the ayurvedic smell of sage and vast blue skies. Crane your neck to study the Pacific Northwest’s volcanic peaks on your flight’s final descent. No matter the means of travel, Central Oregon captivates the senses and soul as you arrive into its natural wonder. This is your guide on how to get to Bend, Oregon and the high desert region, hassle-free.

The Redmond airport (RDM) offers a relaxed, small-town attitude and big-city connections. There’s daily train and bus service, and highways coming from all points north, south, east and west. So, you can check in and out any time you like–but you may never leave.

First, let’s start with a little geography lesson: Central Oregon lies on the east side of the Cascade Mountain range, a sweeping, distinctly more-arid landscape that results when clouds release their rainfall before crossing over to the leeward side of the mountains. Unique terrain with plains of sagebrush, bunch grass and junipers that climb to stands of ponderosa pines, this “desert” is deceiving in its elevation, roughly 4000’ feet above sea level. The area encompasses many communities, each offering a different vibe and things to do.

To get a lay of the land, here’s a map to help you plan your next Central Oregon Vacation.

Best Way to Travel to the Area

If you’re traveling to Bend, Oregon and its surrounding areas, the means are many: fly, drive, take a bus or train, and there are even shuttle services from the Portland airport, 3 hours northwest of Bend. 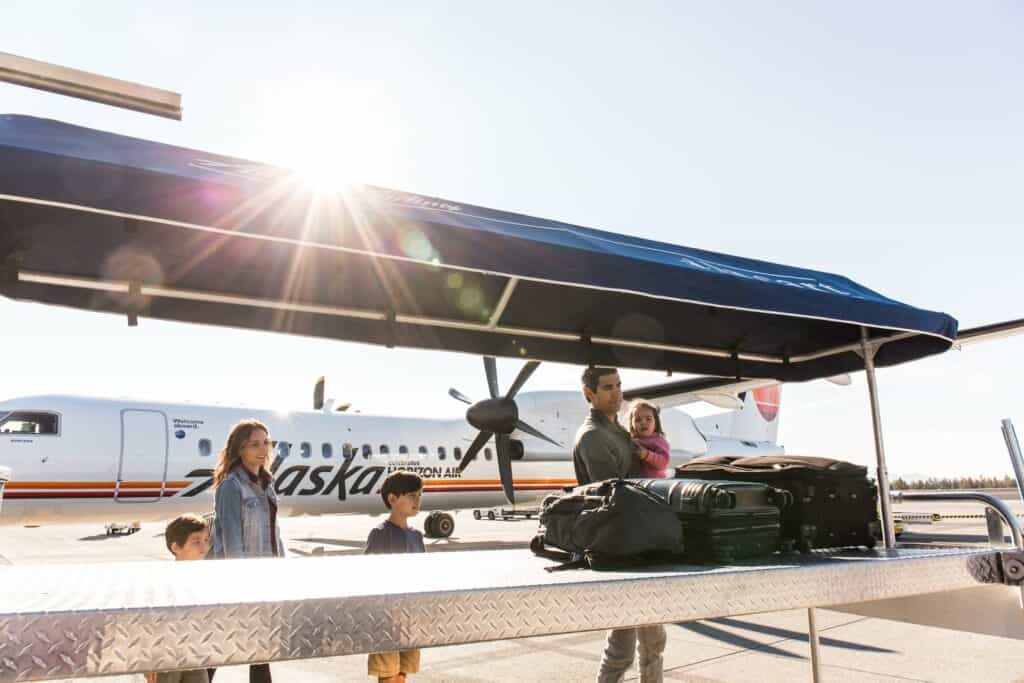 If you’re looking for a ride to or from the airport, there are multiple services available to get you where you need to go: 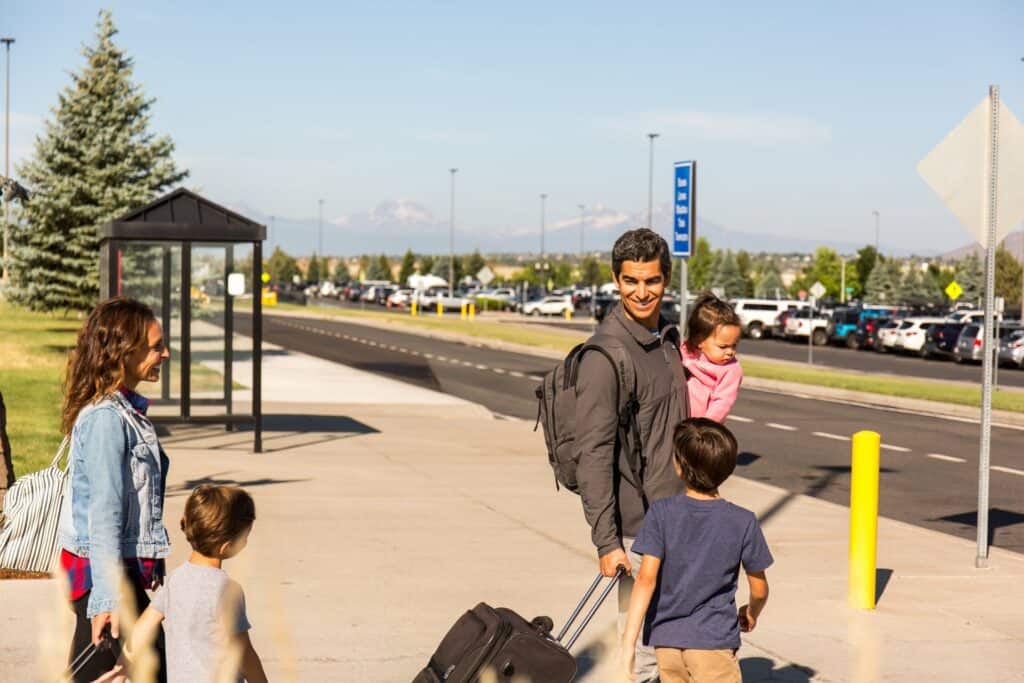 Enviro Shuttle is a top choice for eco-friendly transportation, their hybrid vehicles using less fuel, thus saving you cab fare! Win win. Or, grab a taxi from Taxis of Bend or family-owned Bend Cab Company. You can also call Checker Cab Owl Taxi, or experience the curated, cool drivers of Coiled Cabs for some fun conversation.

For personalized service from the airport, Don’s Town and Country Shuttle offers point-to-point rides to take you anywhere you want to go in Central Oregon. Redmond Airport Shuttle has vans with door-to-door service. Limo-like luxury is available from Bend Town Car. There’s also Uber and Lyft to meet you curbside.

Go to flyrdm.com for flight information and travel conditions.

All roads lead to Central Oregon. Literally. With highways from every direction, driving to Central Oregon is straightforward. Enjoy a scenic drive from the west over the many mountain passes, or take any number of east side routes. 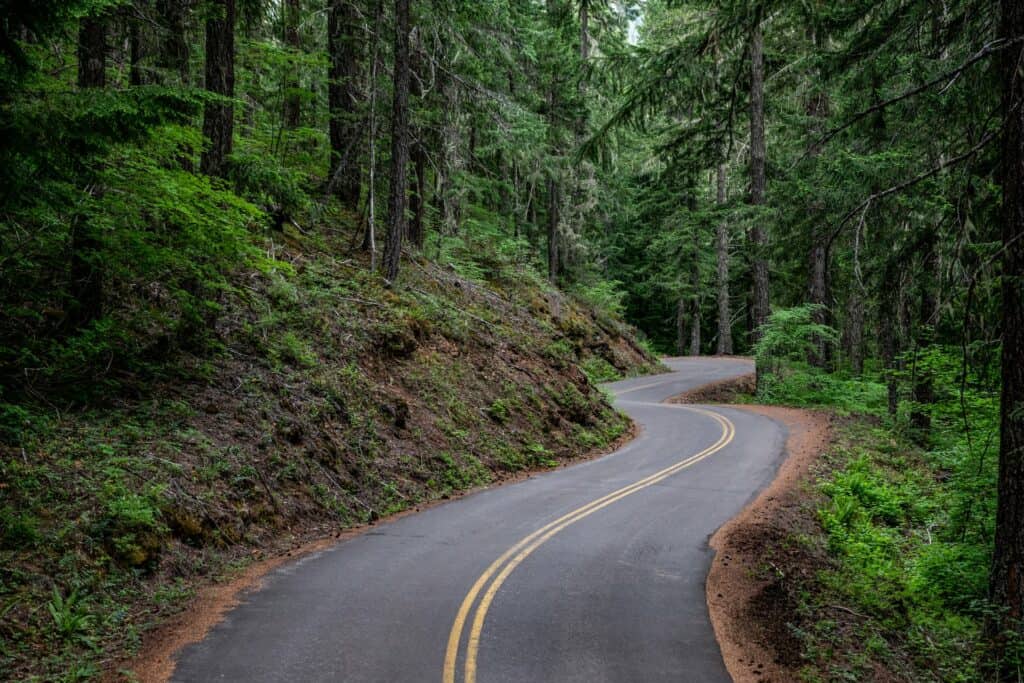 Word of caution: Winter driving in Oregon can sometimes be snowy and challenging. Be prepared!

The Oregon Department of Transportation (ODOT) is a great resource for information and conditions. Always check before you go!

Travel to Bend, Oregon by Train

Amtrak has lines that connect many cities in the Pacific Northwest. There is one daily train that runs from Los Angeles to Seattle. It stops in Chemult, about 45 minutes south of Bend, where an Amtrak bus shuttle takes you the rest of the way to Bend’s Hawthorne bus station. Be warned that some trains might arrive slightly earlier or later than scheduled!

Shuttles and Buses to Central Oregon

The Central Oregon Breeze is a popular option for locals and visitors alike, offering regular shuttles between the Redmond and Portland airports, downtown Portland and Portland’s Amtrak station, with multiple stops in between.

You can also take Greyhound bus lines straight to Bend from most major and minor cities all across the U.S.

So, now you know how to get to Bend, Oregon and all of its outdoor adventures, top resorts, savory restaurants and the good life.
What are you waiting for?