Breweries and Cideries in Redmond, Oregon

Bend might get the lion’s share of the craft beer love in Central Oregon, but the city of Redmond—just a half-hour north—is home to a handful of outstanding breweries in its own right.

Redmond, after all, is where the second-oldest brewery in Central Oregon is based. It’s also home to one of the state’s only breweries focusing exclusively on “real ales”—and it’s where you’ll find one of the most boisterous brew pubs anywhere in the region.

So as you discover Redmond, Oregon, on your next trip, make time to immerse yourself in its burgeoning beer scene. (Heck, most of Redmond’s brew pubs are all within walking distance in the city’s historic downtown district.) Here’s a look at how to get started, along with where to find great cider around town. 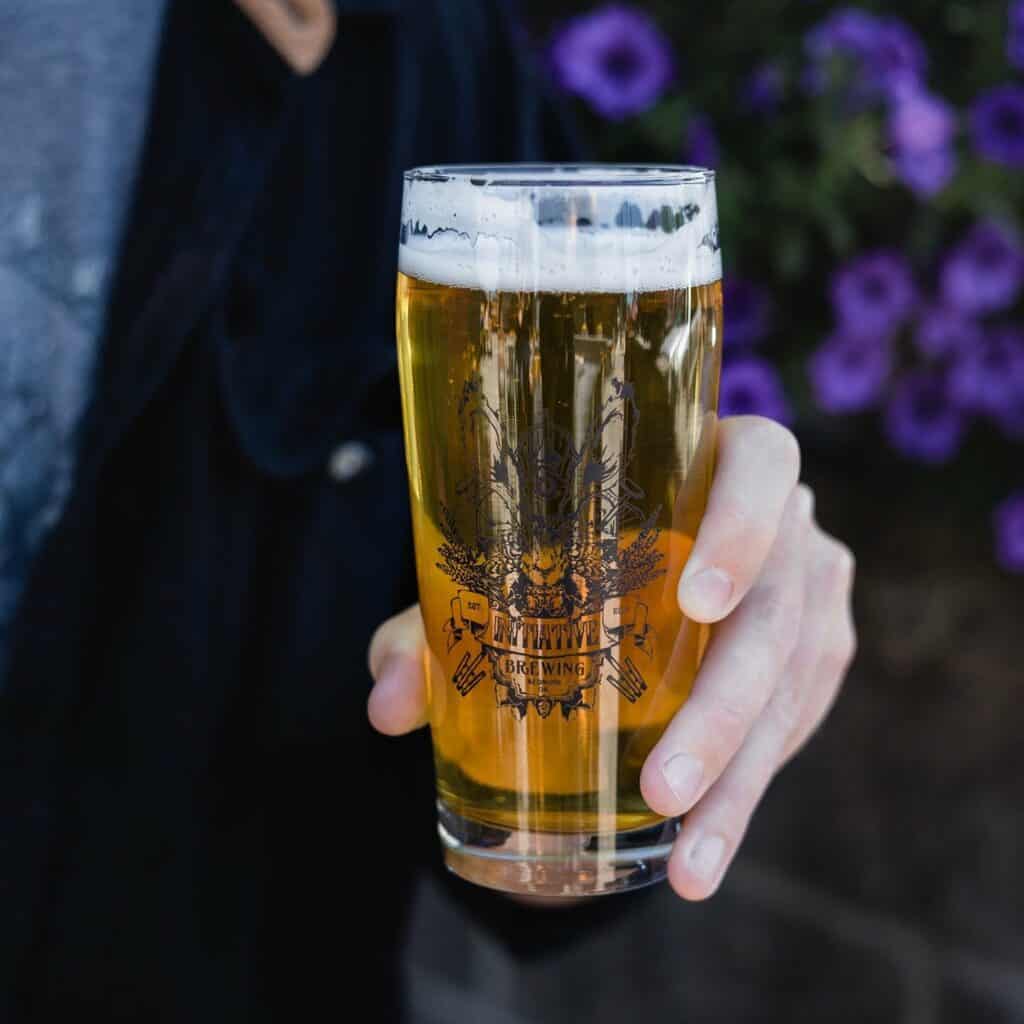 In all, five craft breweries call Redmond home—each doing something a little different that sets it apart. So here’s what you’ll find when you visit the beloved breweries in Redmond, Oregon. 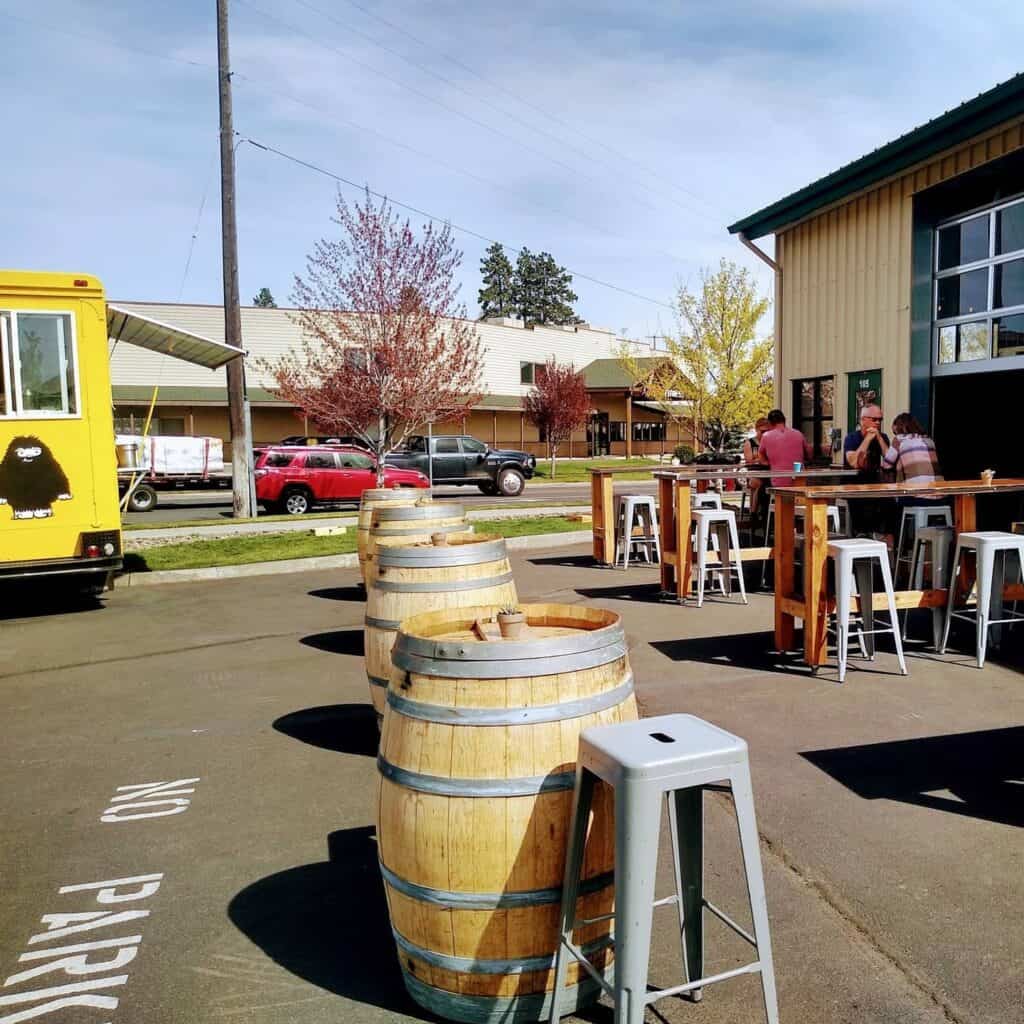 Cascade Lakes Brewing Company is the oldest local brewery in Redmond and the second-oldest in Central Oregon, having opened in 1994. The brewery made a name for itself with balanced approaches to classic styles, as seen in its flagship blonde and brown ales. And while those remain staples on the Cascade Lakes lineup, the brewery has pushed its boundaries in recent years with a seasonal salted caramel porter, a hazy IPA bursting with flavors of papaya and dragon fruit, and other inventive offerings.

Just a 10-minute walk north of Cascade Lakes is Wild Ride Brewing, which has turned an old lumber storage building into one of the busiest family-friendly brewpubs in Central Oregon. More than a dozen beers are on tap at any given time—including several sour ales (such as a coconut lime sour and another crafted with blackberries and lime), a peanut butter porter, and a handful of IPAs. Wild Ride’s outdoor seating area includes numerous benches and tables, some snuggled up against gas-powered fire pits, and four food carts dishing a variety of fare.

Just a few blocks away, Kobold Brewing pours more than a dozen house-made beers at any given time in its family-friendly taproom. Selections range from easy-drinking lagers and wheat beers to full-bodied IPAs, with a special tap or two usually dedicated to creative stouts and porters—so even in summer, visitors can sample a heavy-hitting raspberry imperial stout (aged in bourbon barrels) or something similarly creative.

Near the north edge of downtown Redmond, Initiative Brewing has earned acclaim for continuously crafting creative takes on classic styles; one of the brewery’s lagers, for instance, was made with honey for a slightly sweeter flavor, and its imperial red ale features earthy notes for a balanced finish. ​​Initiative also boasts an innovative food menu to pair with its beers; popular dishes include a chicken banh mi and a Korean burger made with caramelized kimchi and Korean chili sauce.

One of the city’s newest breweries is Porter Brewing Co., which opened in 2018 and is one of the few breweries anywhere in Oregon to specialize in cask-conditioned “real ales”. That means that Porter’s beers go through secondary fermentation in a cask, rather than a keg, before they’re served; the end product is usually warmer than one might expect, with less carbonation but well-balanced flavor profiles.

Looking for other establishments to enjoy craft beer from Redmond and beyond? Check out our bar guide to Redmond, Oregon, for the inside scoop. And if you get hungry while sampling our award-winning libations, find your next favorite meal with our page on restaurants in Redmond, Oregon.

Truth is, you won’t find any cider makers in Redmond proper—but plenty of good cider abounds, both in and around town. 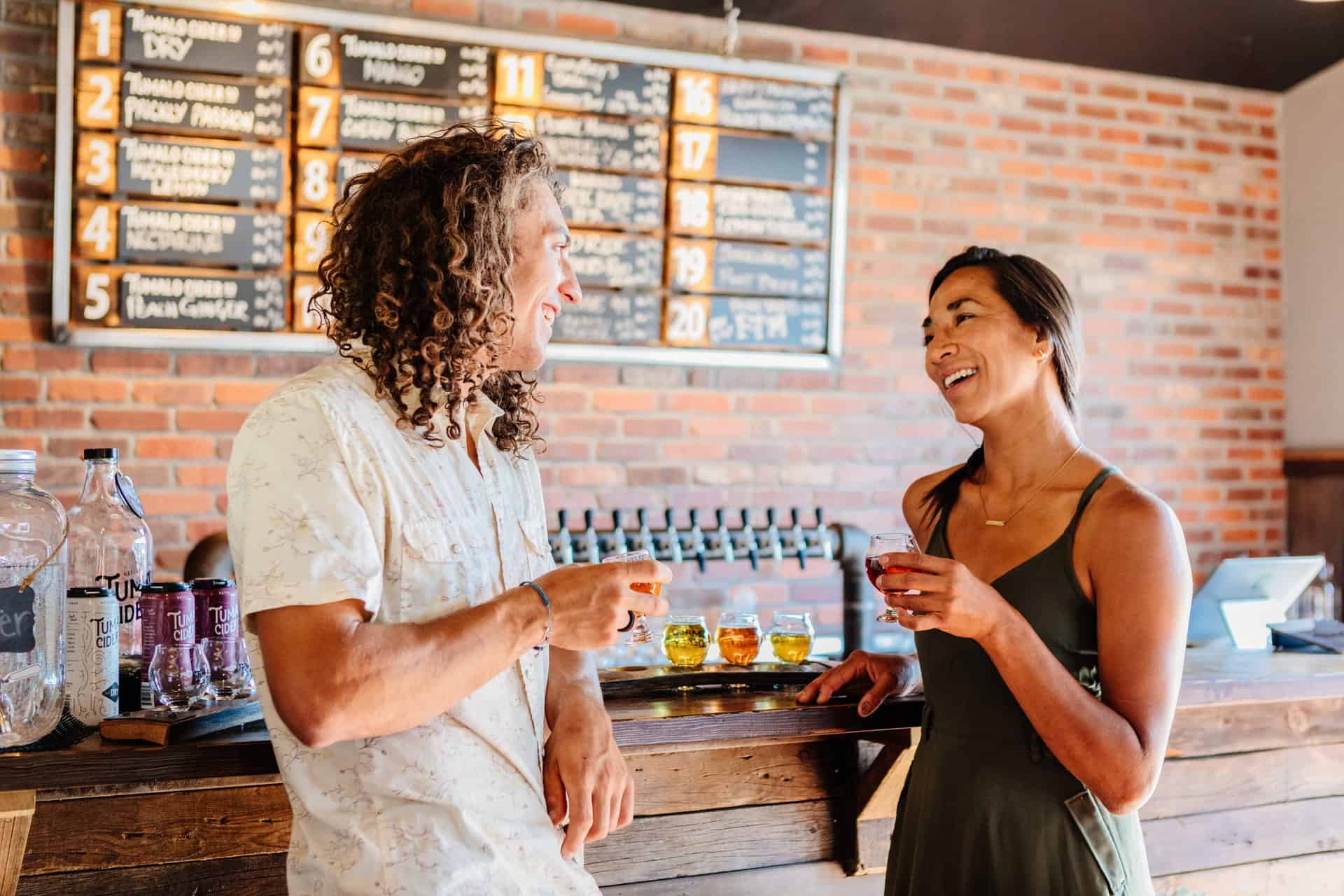 At the southern edge of downtown Redmond sits General Duffy’s Waterhole, a tasting room and food cart pod that offers a little something for everyone. Its tap list includes roughly 20 beers, seltzers, and ciders—with craft cider from producers based around the Pacific Northwest. And if you’re feeling famished, five food carts sit on-site and dish shaved ice, burgers, sandwiches, pasta, wood-fired pizza, and more.

A short walk to the west, Rimrock Taphouse has become a locals’ favorite for hosting a whopping 52 taps. In addition to a robust selection of beer, you’ll find plenty of cider from crafters throughout the Pacific Northwest—including the likes of Avid Cider Co. and Tumalo Cider Company, both based in Central Oregon. Rimrock’s patio, covered with umbrellas and ringed with strands of lights, makes a fine place to while away the day each summer and fall.