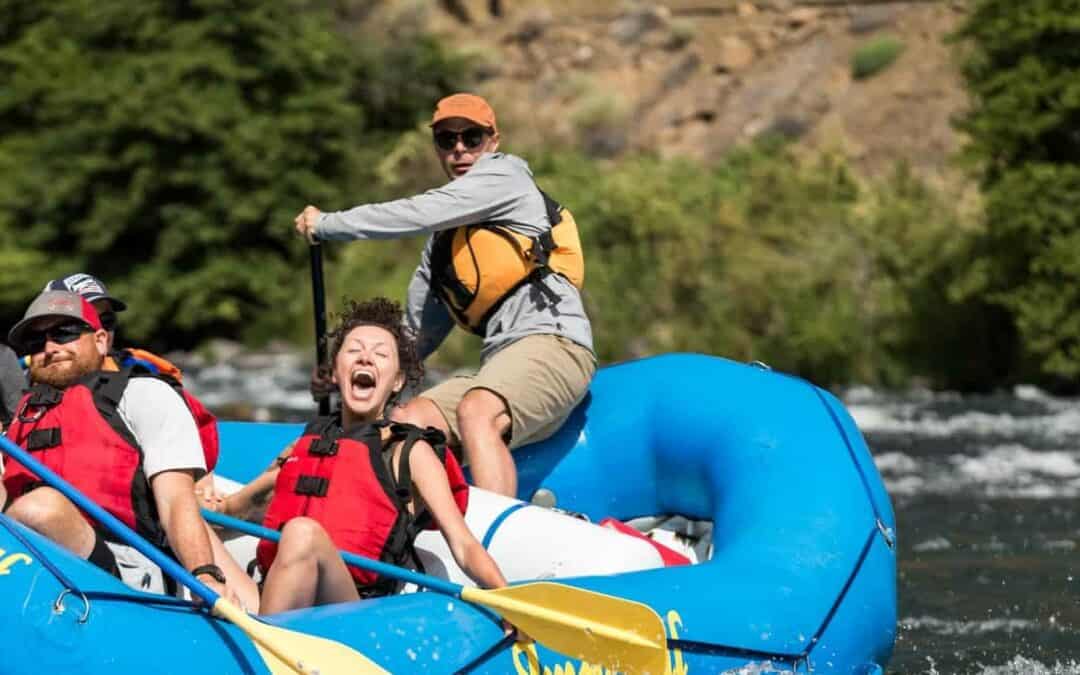 Sitting along the Deschutes River at the northern edge of Central Oregon, the city of Maupin feels like a mirage in more ways than one. For starters, the city is located largely at the base of the Deschutes River canyon, flanked on either side by dusty rock walls and rolling hills—so it’s entirely possible to approach the top of the canyon (just five minutes from downtown Maupin) and not realize the city is even there.

In another sense, the sheer volume of outdoor recreation in and around Maupin, coupled with its never-ending natural beauty, lends a “mirage”-like vibe to your experiences around town. Go white water rafting in the Deschutes River’s famed rapids, fish for redsides in its crystal-clear waters, and top it all off with a locally sourced meal or regionally brewed pint in the midst of the charming community. Whatever your day outdoors looks like, you’ll find plenty to enjoy around Maupin—even if you can’t quite convince yourself it’s not a mirage.

Trying to find your way around Maupin? Here’s a map with all the essential information you need for enjoying your next visit.

Things to Do in Maupin, Oregon

Maupin is home to just 500 year-round residents—but that sparse population betrays an outsized number of outdoor recreation opportunities around town (not to mention a few outstanding eateries for when you need to refuel after a day in the sun). Here’s a quick rundown of fun things to do in Maupin, Oregon.

Have an epic rafting adventure: Making its way north through Maupin, the Lower Deschutes River churns through town (and the surrounding high desert landscape) with class I-IV rapids—making it suited to paddlers of all skill levels. Four outfitters offer boat rentals, another handful offer point-to-point shuttle service, and around 10 showcase the Deschutes River on guided trips tailored to your experience and appetite for thrills. Want to dig deeper into our region’s famous rafting scene—both in Maupin and beyond? We’ve got you covered with the skinny on white water rafting in Central Oregon, not to mention a primer on the rivers of Central Oregon.

Try to catch Maupin’s famous redsides: Maupin isn’t just famous for white water rafting; its fly-fishing brings visitors from around the world in search of rainbow trout (running at their peak April-June and known locally as “redsides”), summer steelhead (mid-July through late September), and chinook (at their peak May-July and September-October). A handful of local guide services are happy to show you the ropes, share fruitful fishing spots, and assist with gear and permits. Of course, Maupin is just one of many world-class angling destinations around the region; learn more about fishing in Central Oregon.

Chase waterfalls: Just 15 minutes north of town sits White River Falls State Park, the heartbeat of which is a waterfall that plunges 90 feet over a basalt cliff in the midst of a rocky amphitheater. A short, steep trail heads to the base of the falls—and past a hydroelectric plant that supplied power to nearby communities between 1910 and 1960. The waterfall reaches its thundering peak in spring but can be viewed year-round from an overlook near the parking area. Elsewhere nearby, Sherars Falls offers a glimpse at the Deschutes River’s raging thrills next to a fish ladder (where you might spy leaping steelhead in summer and Chinook in fall); the falls have been used for centuries by anglers with the Confederated Tribes of Warm Springs. If you’re interested in exploring other parks in the area, check out our page about national and state parks in Central Oregon.

Fuel up after a day outdoors: A day outdoors isn’t over until you’ve sat down for that first, filling meal afterward; fortunately, Maupin offers plenty of eateries for indulging after a few hours on the water. The Riverside, for instance, boasts upscale takes on American classics with salads, sandwiches, and hearty entrées (think macaroni and cheese, ribs, and steak); outdoor seating, live music, and a full bar add to the atmosphere. And if you’re looking to make dinner back at camp or have a picnic along the Deschutes, stop into Maupin Market—which boasts a full-service deli, snacks, fresh produce, and an on-site liquor store. For other ideas, learn more about restaurants in Maupin, Oregon.

Kick up your feet: Maupin is home to a handful of bars that embody the town’s relaxed, yet fun-loving vibe. Imperial Bar & Grill, for instance, offers an extensive wine list, a food menu that sources ingredients from Oregon whenever possible, live music, spacious outdoor seating, and more. And for a classic, small-town bar experience, stop by Rainbow Tavern—which brings together a friendly atmosphere, classic pub grub (including homemade french fries), and strong drinks under one roof. If you’re looking for other watering holes, check out our page about bars in Maupin, Oregon. 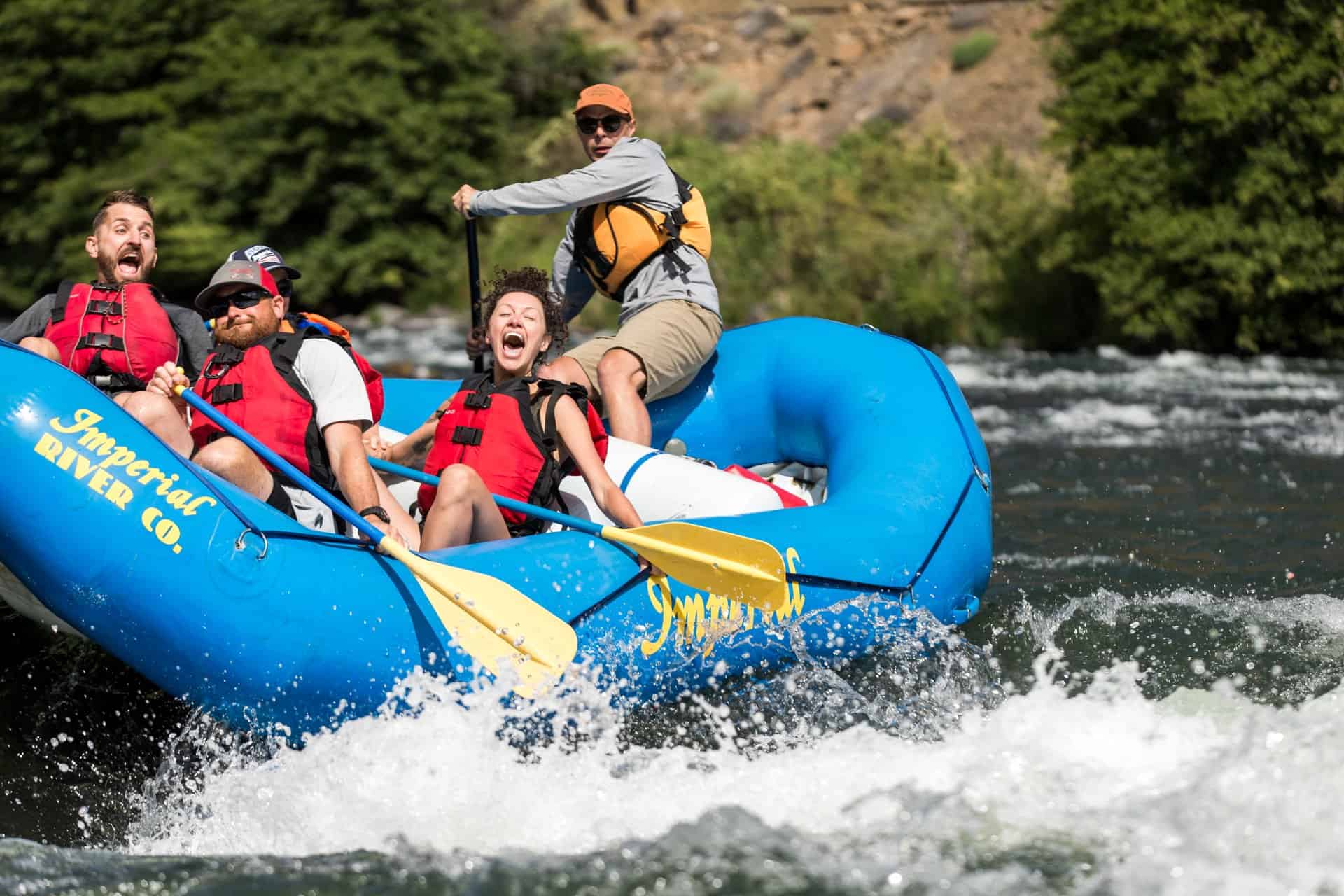 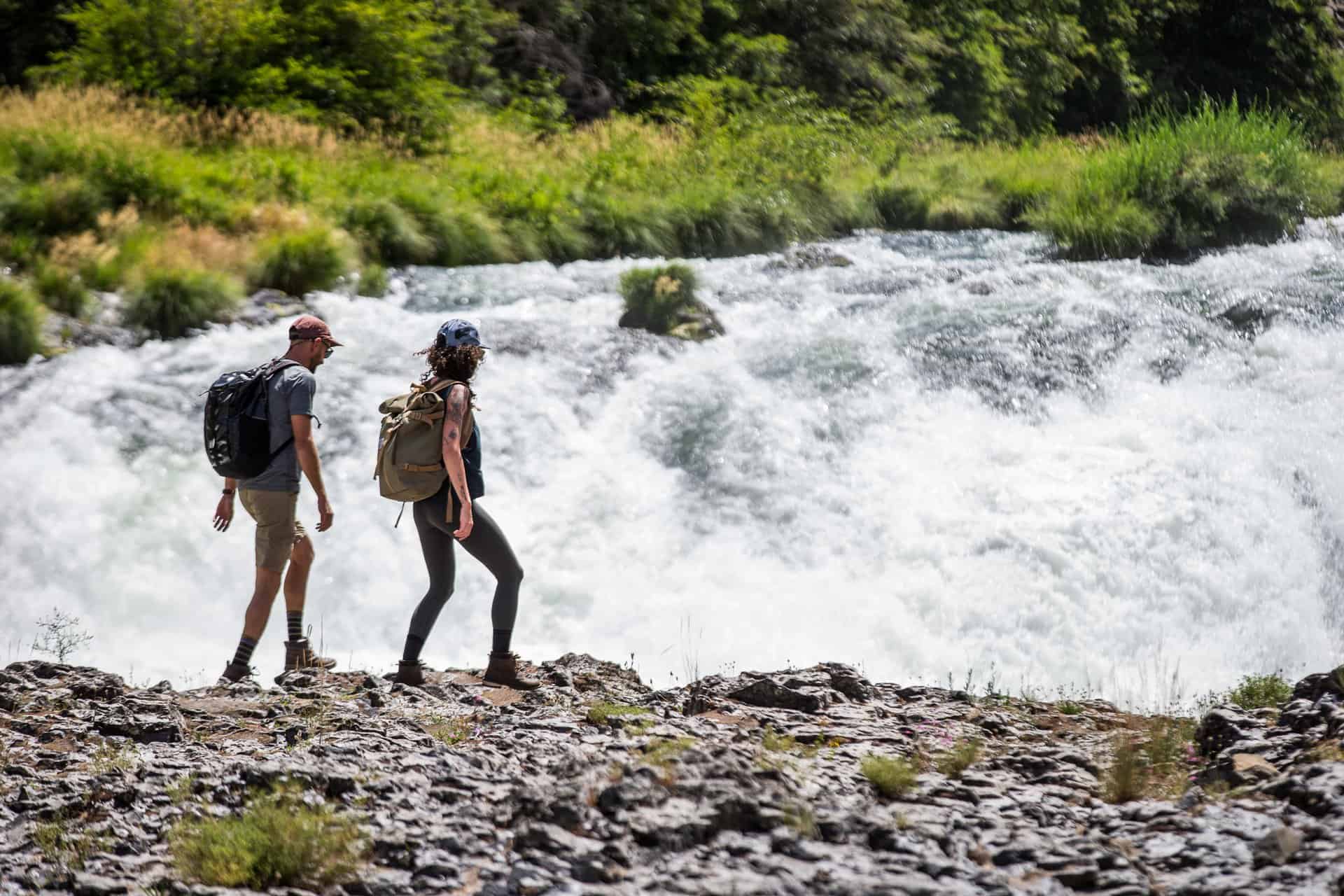 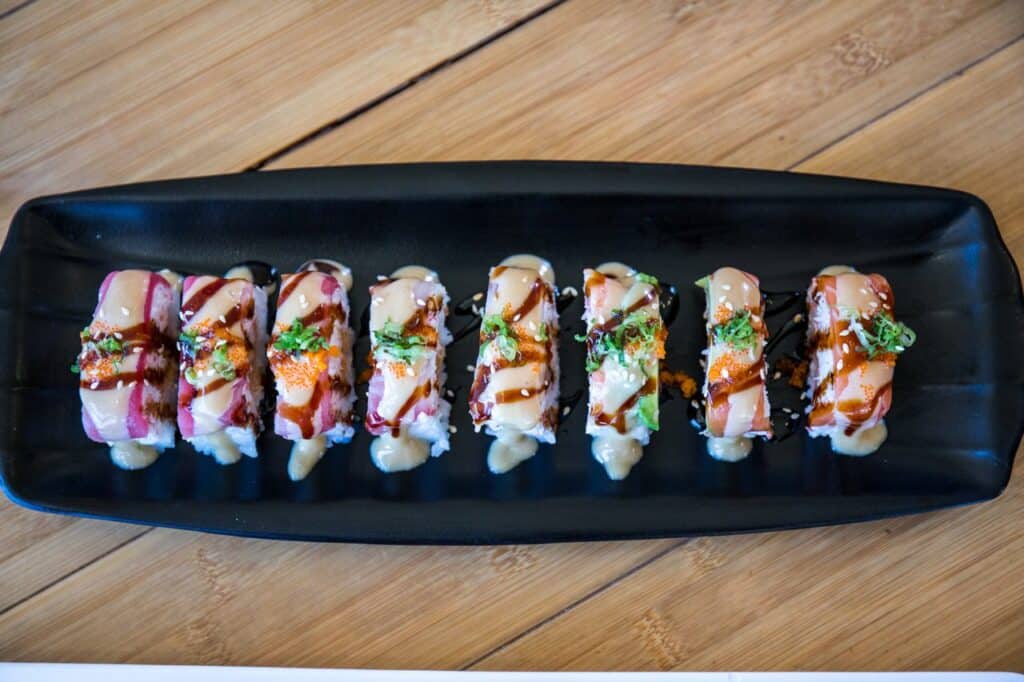 Where to Stay in Maupin, Oregon

You won’t find any big-name hotel chains in Maupin; in their place, rather, are locally run outposts that cater to the active traveler with a down-home environment, wide range of amenities, and easy access to the Deschutes River. (In some cases, the river can be reached simply by walking outside your room.) So while you’re planning your next trip, here are a few of our favorite places to stay the night around Maupin. 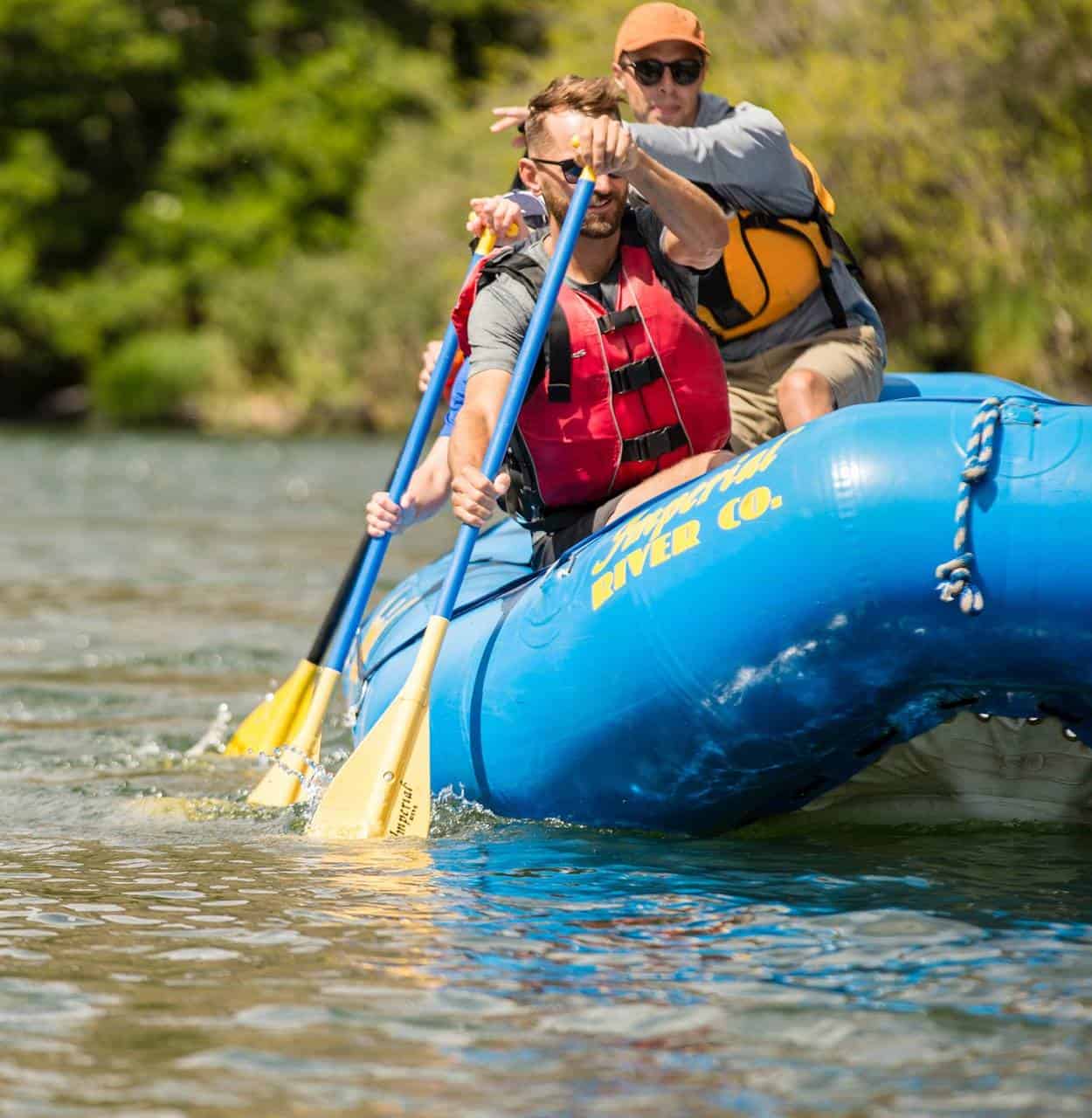 Oasis Cabin Resort: Sitting just across the street from the Deschutes River, the recently remodeled Oasis Cabin Resort has been welcoming visitors since 1915; once constructed as a collection of temporary lodgings for nearby rail workers, the resort today offers 10 charming cabins, an outdoor fire pit, a historic diner (dishing up mouth-watering burgers and decadent milkshakes), and occasional live music on the lawn. Whether you’re staying at the Oasis or are in town for the day, don’t miss your chance to get a photo in front of the “Greetings from Maupin” mural, part of the Central Oregon Mural Trail, next to the resort’s live music stage.

River Run Lodge: Resting in the heart of Maupin is River Run Lodge, which offers a handful of comfortable rooms with a suite of amenities—including private bathrooms, heat and air conditioning, satellite television, Wi-Fi, and a massive common area (which comes with a full kitchen, dining room table, and spacious living room area). In summer, the lodge even offers a shaded courtyard and grill that’s free for guests to use.

Imperial River Co.: The rafting outfitter doesn’t just host a great experience on the Deschutes River; it offers a comfortable, pet-friendly place to rest next to the river, as well. The Imperial River Co. lodge offers 25 rooms (16 of which boast Deschutes River views) with jetted tubs, vaulted ceilings, patios and decks, board games and books in the lobby, and lawn games and a fire pit in the outdoor area. 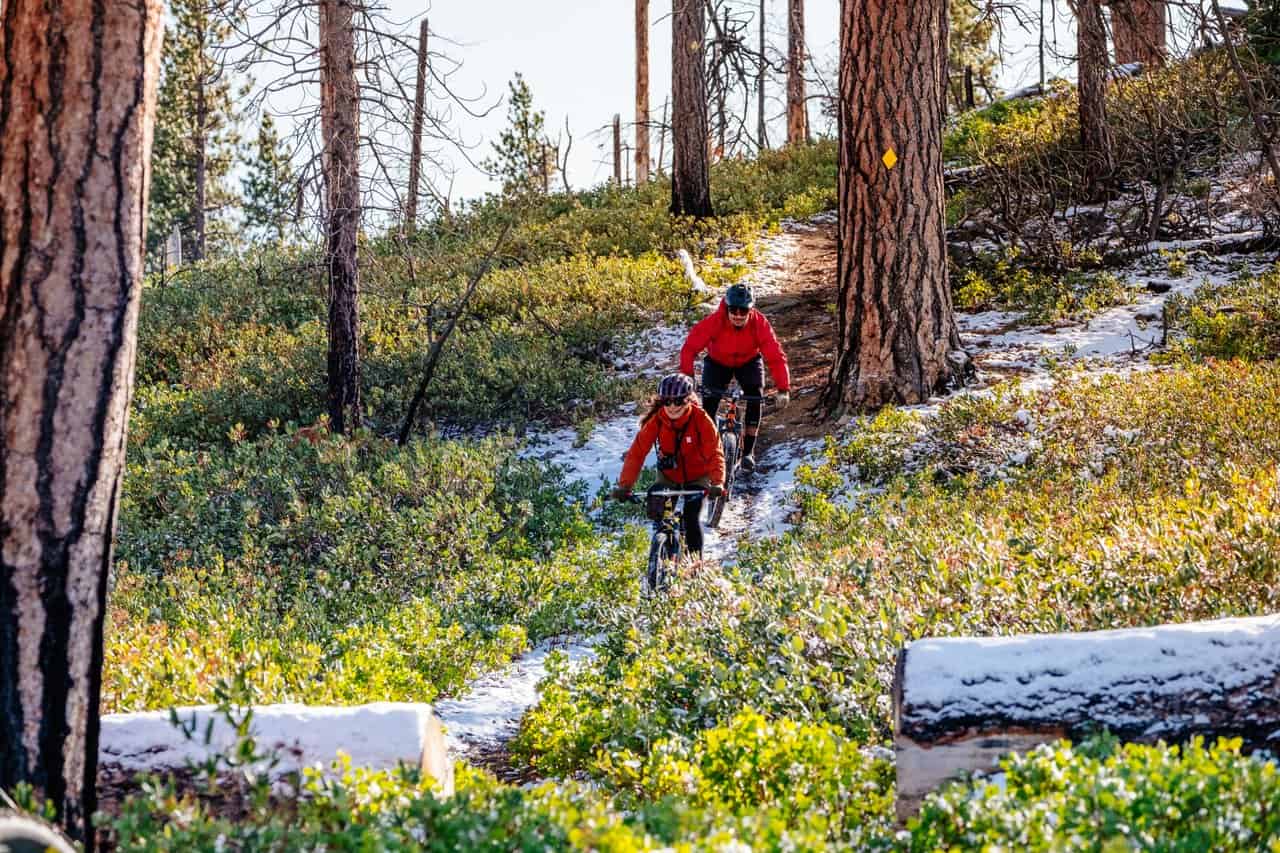