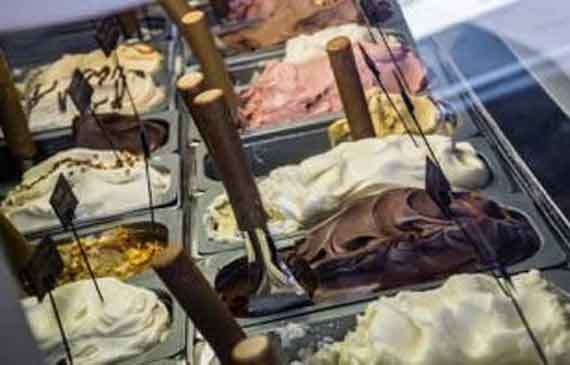 Bontà Gelato located in downtown Bend, Oregon is the perfect sweet treat. Bonta is Inspired and enlivened by a one year trip around the world, Jeff and Juli Labhart returned with a want to capture the flavors from the street stalls of Thailand, the spice fields of Zanzibar, the mountains of India, and other exotic locales into the creamy fresh goodness of gelato.

Every small batch of Bontà Gelato is hand-crafted using only the best ingredients with many coming from the Oregon countryside. For it was their travels that made them realize that many of the world’s best ice cream ingredients can be found right here at home, also. Try Tumalo Lavender & Honey, or Thump Espresso, or taste the numerous flavors inspired by local community growers.

For our dairy-free friends, try a Sorbetto, inspired by seasonal flavors like Oregon Blackberry Sorbetto, Vegan Spiced Latte or Chocolate Coconut, just to name a few.

Jeff grew up in the dairy community of Tillamook, Oregon and at a young age understood that the reason the milk and cream tasted so good here in the Northwest was all of the tall, green grass the cows munched on all year long. Juli was raised in the berry community of Lynden, Washington, where in her younger years, she worked the berry fields. She still wonders why she was never fired, because it seemed more berries went into her mouth than the bucket.

Upon their return from their travels, they trained under two different Italian gelato masters. From their studies they developed their own homemade ice cream recipes and the result is a denser, flavorful ice cream with less fat than traditional American ice cream.

It was from this inspiration and the want to support local growers, the community, and the environment that Bontà gelato was born.