The Tower Theatre occupies a proud spot in Bend’s vibrant downtown area. The theater is filled nearly every night with high-profile acts––it could be called Bend’s living room.

But its lights nearly went dark for good. 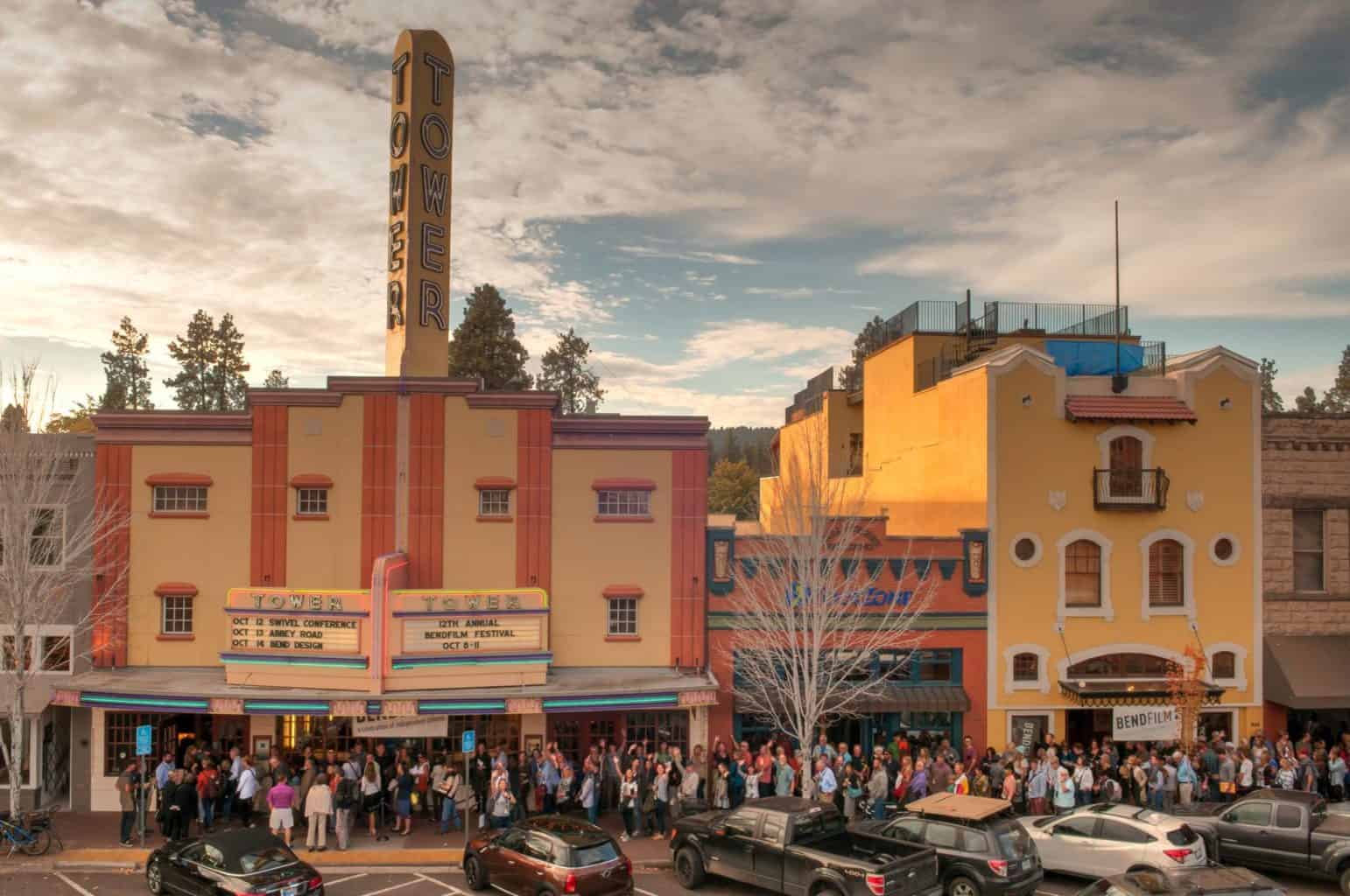 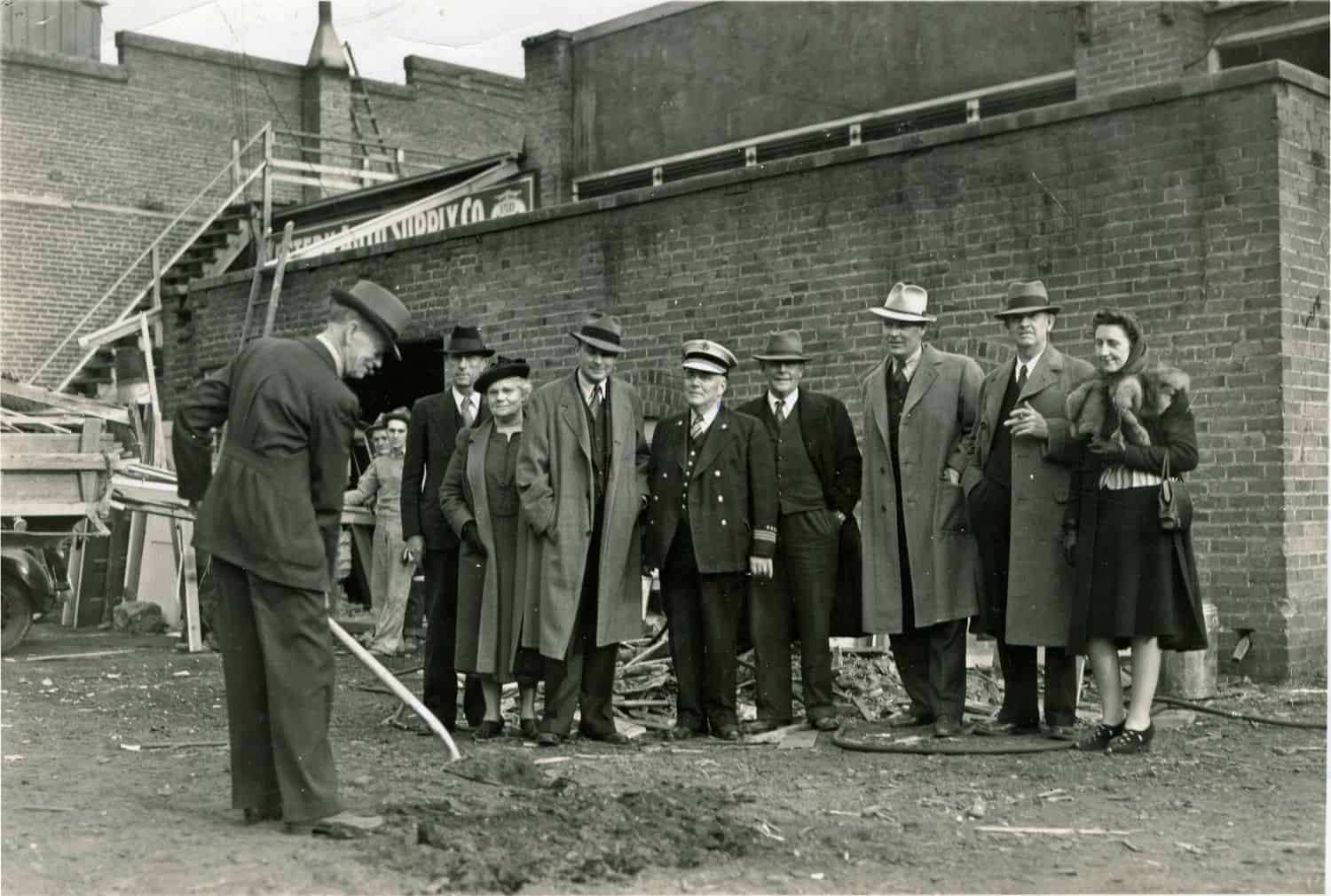 The Tower Theatre opened in 1940 in what The Bend Bulletin calls a “late art deco offshoot known as streamlined moderne.” The little theater offered mostly movie screenings, though it also played host to community events.

By the early 1990s, the building had fallen into disrepair. But the community wasn’t ready to give up on this downtown acoustical marvel. In 1997, the Tower Theatre Foundation started the slow process of raising money and securing grants to save the theater. The attempt to revive the theater brought together dozens of people from government, Central Oregon Community College, downtown businesses, and concerned citizens who weren’t ready to give up on having a theater in the core of the growing city.

With 998 seats and a single screen, the original theater looked a lot different than it does today. The $3.76 million renovations started in late 2002. The Bulletin reported the work included making a steeper slope to the floor, a stage door, hydraulic orchestra pit, and a concession stand. The high ceiling and box seats were added. The architect described it as a gut job. The project added about 3,000 square feet and cut the number of seats to 466. 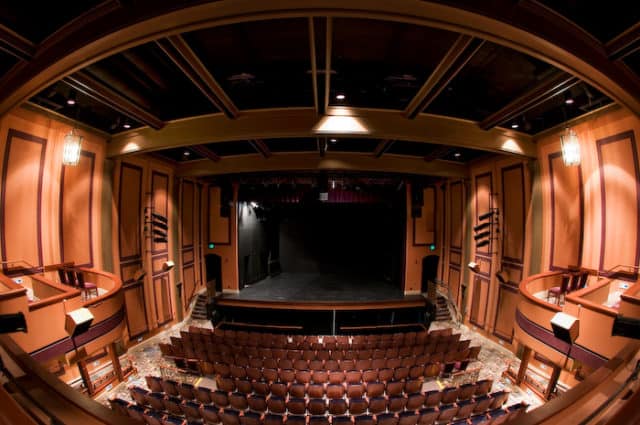 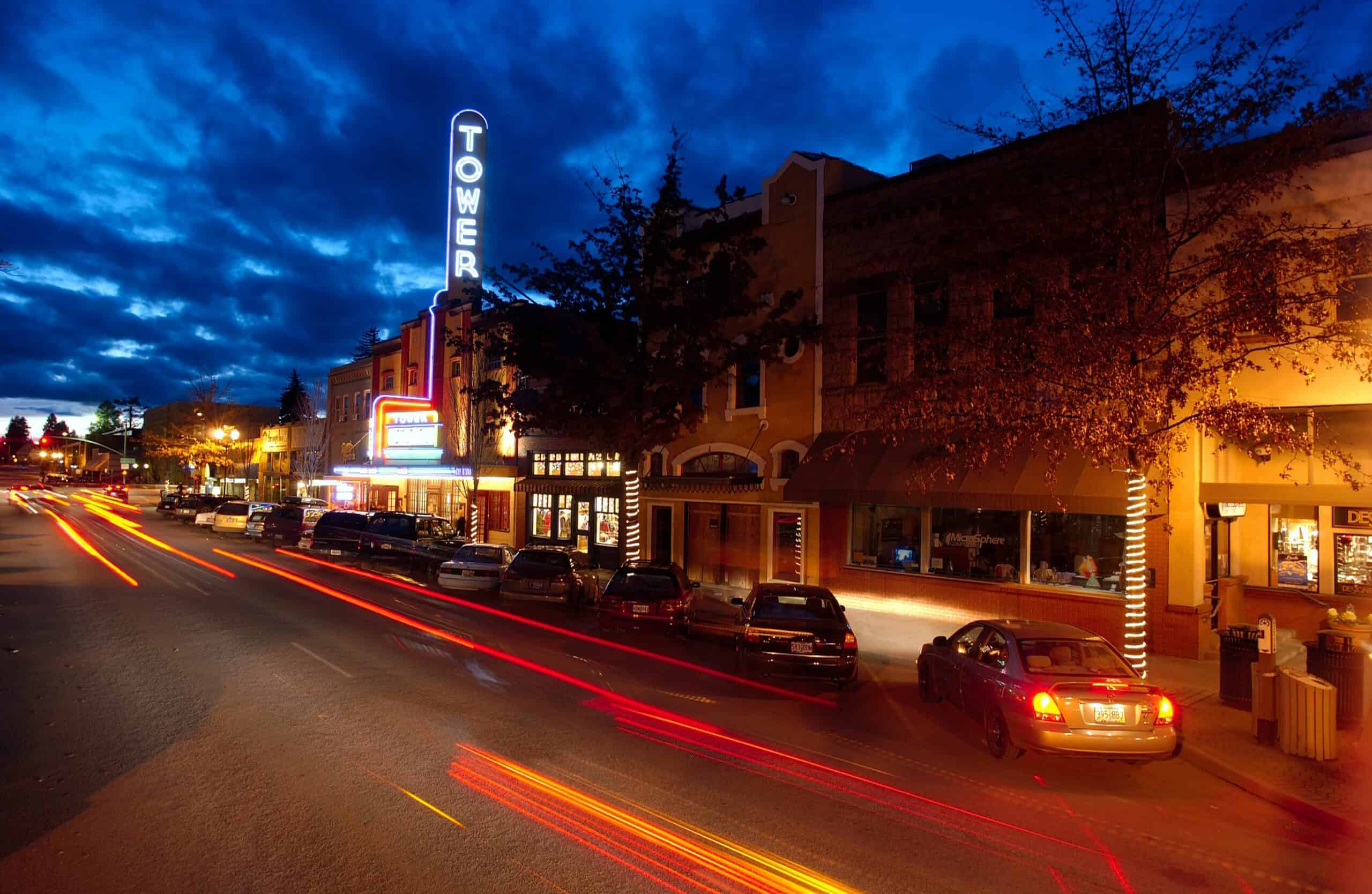 One thing remained the same––the iconic neon sign that shines bright through downtown.

Today, the theater relies on donor support to continue its mission of providing top-level entertainment in the High Desert. To get tickets to a show, go to www.towertheatre.org.