Sunriver is one of the region’s oldest and most beloved destination resorts. Since the late 1960s, Oregon families have made memories here, riding bikes to the general store, learning to golf on the courses and swimming in the river and the resort’s pools.

Well before developers broke ground on Sunriver Resort, however, the area played an important role in World War II.

After the bombing of Pearl Harbor in December 1941, the need for training grounds on the West Coast became apparent as the United States started fighting a war on two fronts––Europe and the Pacific. The Army was conducting training all over the United States, and when the time came to build a third engineer replacement training center in the West, the Army chose Bend. 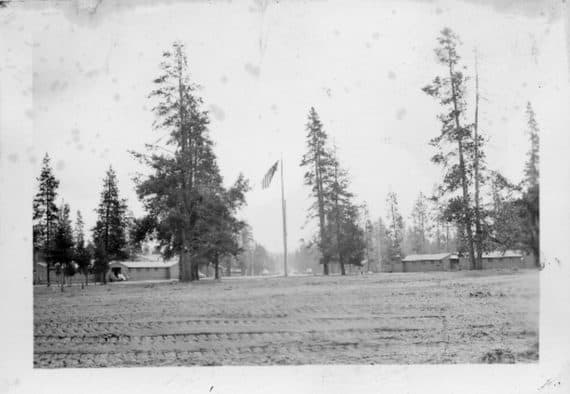 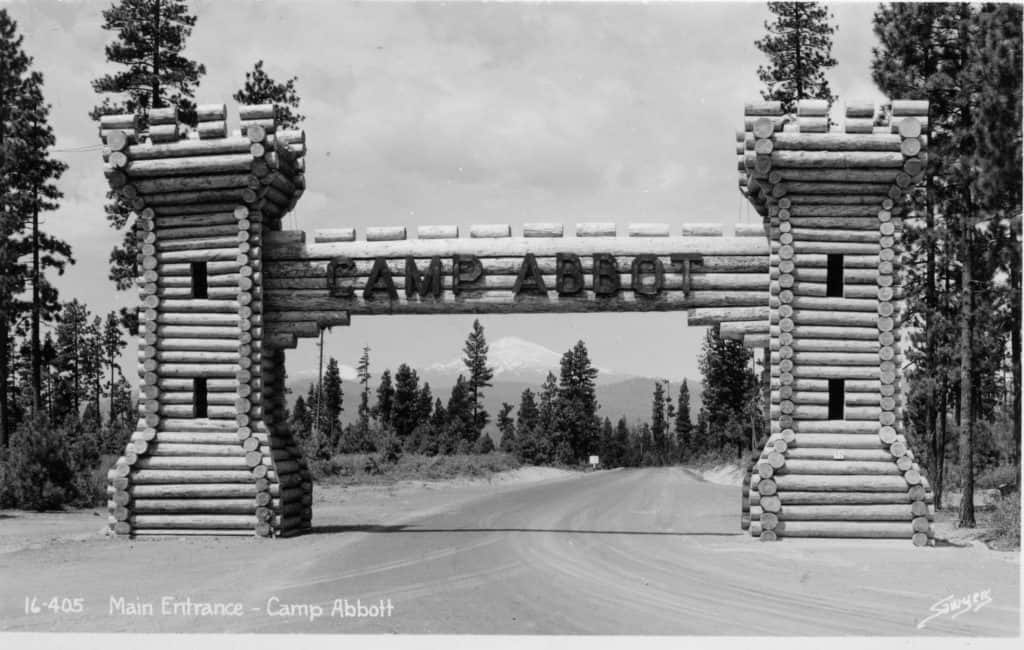 Construction began in December 1942. According to Tor Hanson’s book, Images of America: Camp Abbot, the camp became operational on May 1, 1943, and 250 soldiers arrived the same day. Among the most significant structures was the large gate at the entrance of the camp along the highway.

Soldiers at the camp underwent basic training, including classroom instruction and a variety of physical training in the High Desert. There was also specialist training––engineers built practice bridges across the Deschutes River, according to Hanson’s book, and also took part in three-week “training problems” that sent them far afield from Camp Abbot to other parts of the region to participate in field maneuvers.

Camp Abbot was a busy place––it had its own newspaper and baseball team, employed hundreds of civilians, and housed and fed about 10,000 military personnel (the same number of people as called Bend home at that time). 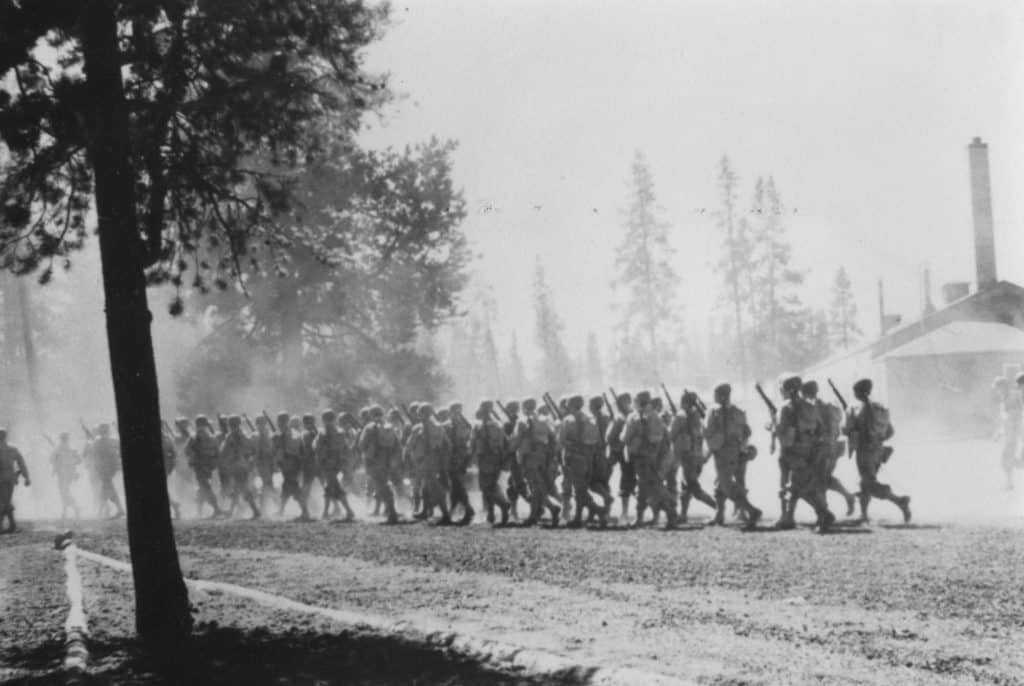 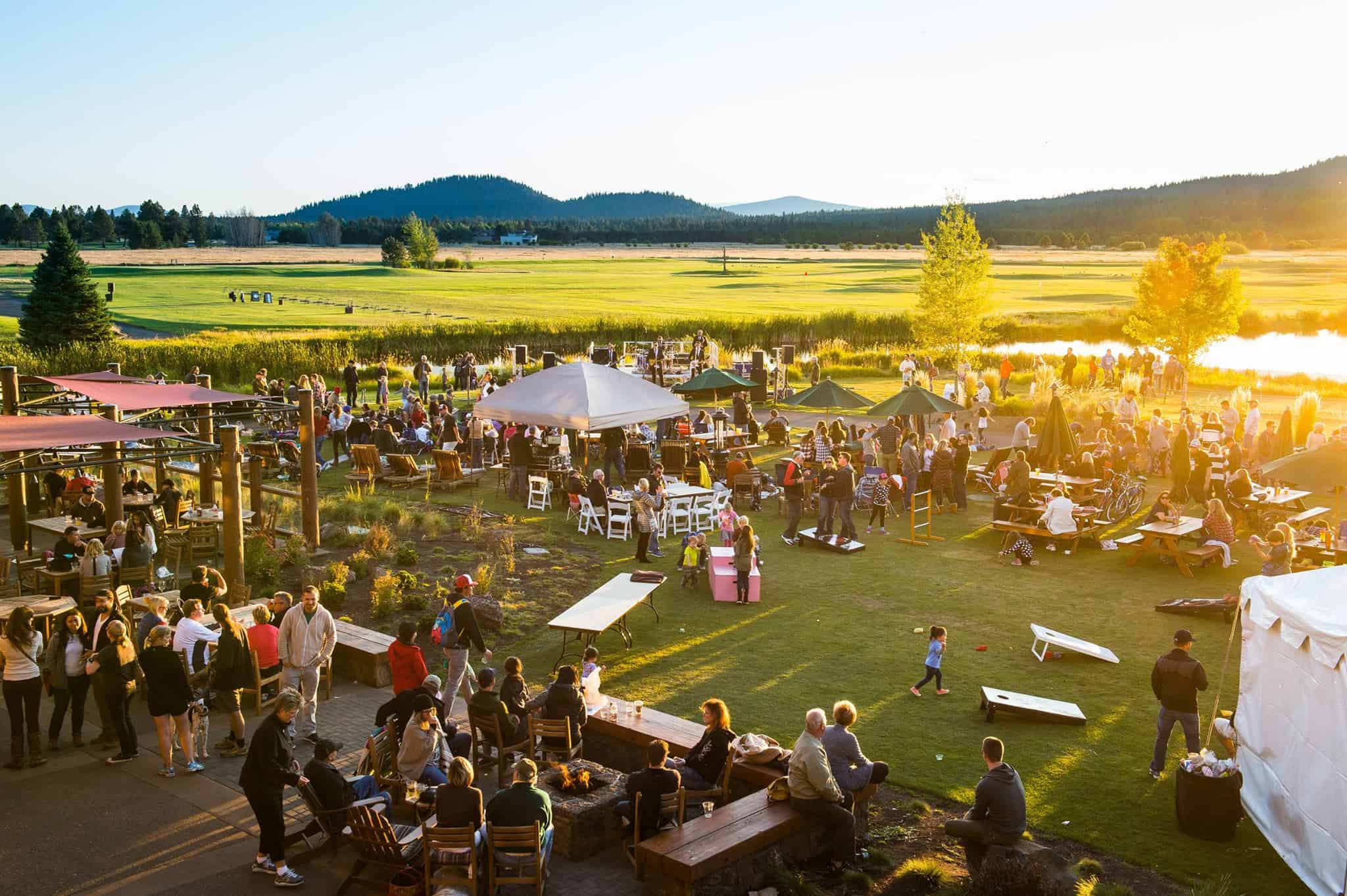 Camp Abbot was shuttered in June of 1944 even though World War II was in full swing. The Army moved operations and consolidated at Fort Lewis, 40 miles south of Seattle.

The camp, which was set up with water, sewer and other infrastructure, sat vacant until the early 1960s when developers purchased the property to redevelop it as a resort. Sunriver opened in 1969.

Today, the only reminder of Camp Abbot at Sunriver is a big one––the officer’s mess, constructed with area wood like Ponderosa pine and rocks quarried from the area and featuring a large spiral staircase, and which was completed just before the camp’s closure in 1944. It remains in use as Sunriver’s Great Hall, which hosts weddings and other special events.