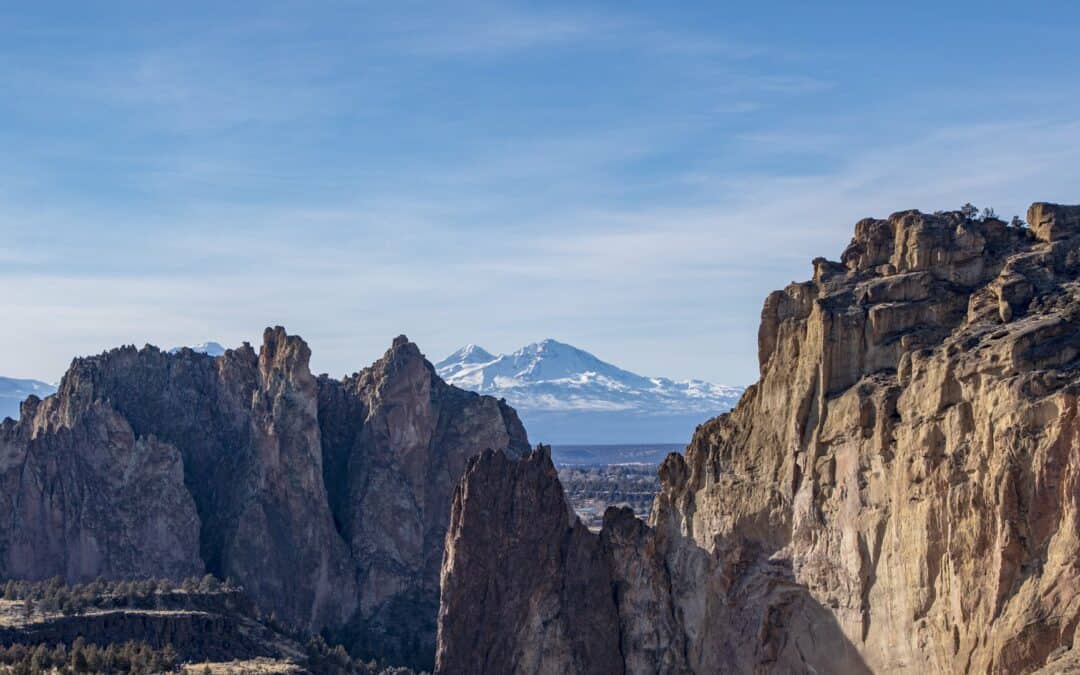 Days of planning. Hours of climbing. One minute of perfection. How a small team of athletes and photographers pulled off the most iconic image of Eclipse 2017.

Surely by now, you’ve seen it. And surely at first, you didn’t quite believe what you were seeing.

A rock climber on Monkey Face at Central Oregon’s iconic Smith Rock State Park silhouetted by the total solar eclipse. An unbelievable image combining a once-in-a-lifetime celestial event with the creativity, inspiration, athleticism, and determination of a small group of photographers and climbers.

One of those photographers was Ted Hesser, a freelancer from San Francisco. He was in Central Oregon for the eclipse as part of project with Columbia Sportswear and Goal Zero, a solar and portable power products business. According to Hesser, he and his crew scouted the location for several days trying to find just the right place to capture a climber in harmony with the sun.

“My girlfriend and I scouted for a few days ahead of time, climbing different rock routes, looking for the best angles,” Hesser told us. “We then spent a few days rigging up the wall and finding the perfect position for the shot down below.”

Getting a climber into the right position was no easy feat – even for experienced climbers.

“Monkey Face is a famous tower for rock climbers. For many years, it held the hardest rock climb in the U.S. and perhaps the world – a 5’14 sport climb, which is a level only dozens of people can climb even today,” Hesser said. “The route that my girlfriend Martina Tibell and Tommy Smith climbed was much easier than this, but still involved an overhanging 100 ft section of aid climbing. Fairly advanced rope skills are required, and a lot of effort. One essentially does pull-ups to get up by pulling on quick draw placed into a bolt ladder. The rest of the route is straightforward for those who have mountaineering experience, but totally wild. ” 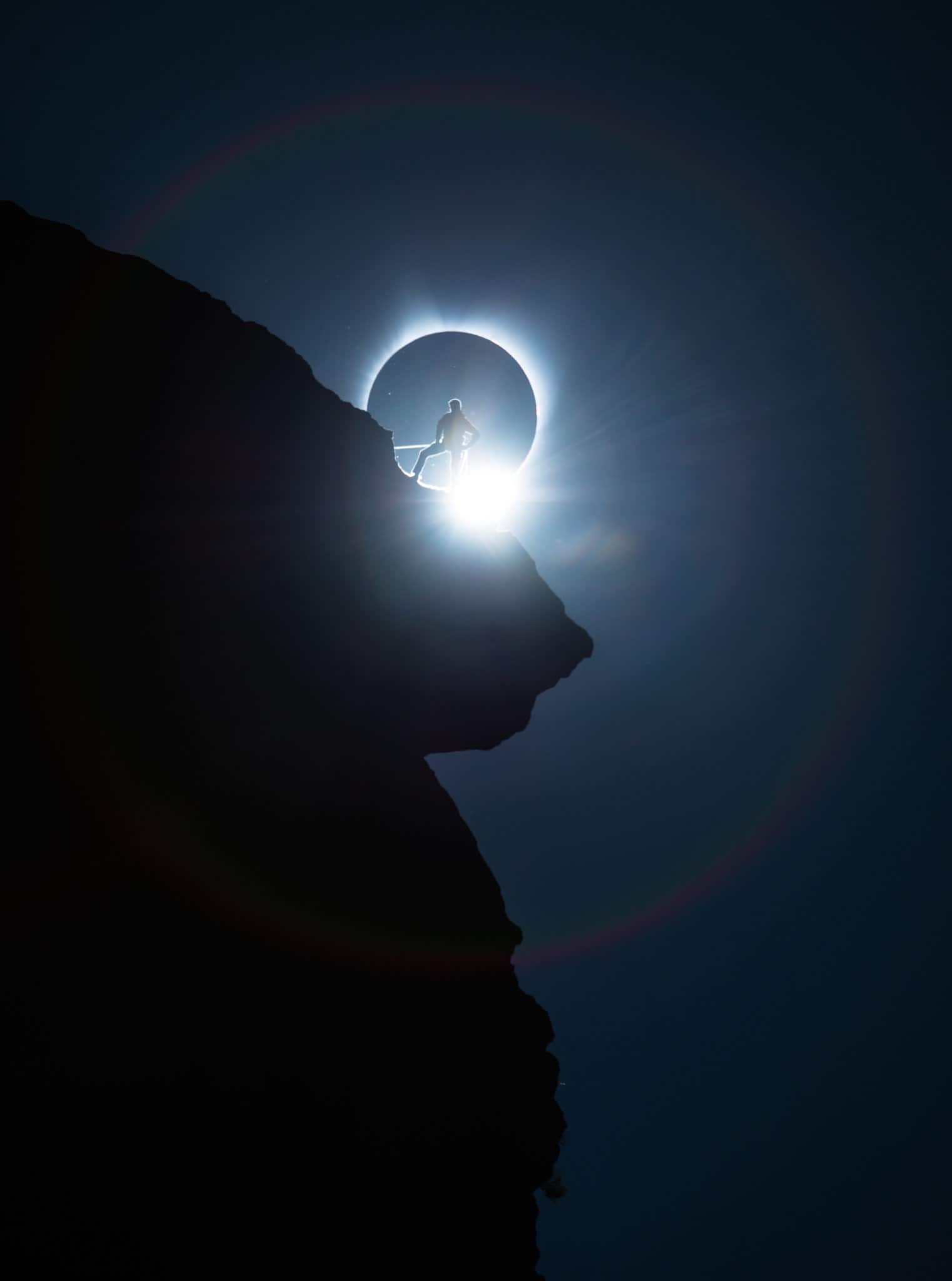 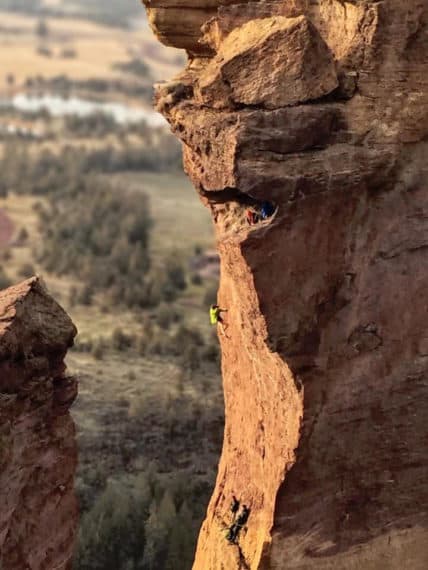 Hesser wasn’t alone in the project, joined by fellow photographers Andrew Studer and Michael Shainblum. Hesson told The Oregonian that the group started their efforts at 3:30 a.m. but weren’t allowed into the park until 5:30. Smith and Tibell started climbing around 7.

“Both Andrew and I had similar concepts in mind for the eclipse shot coming to Smith Rock. I have been a climber for 20 years, and so the idea of capturing someone on top of Monkey Face, which is an iconic tower for rock climbers, was really appealing to me,” he said.

As the moment of truth neared and the moon slowly began covering the sun, the group still wasn’t convinced they were going to get the money shot they hoped for.

But as darkness fell upon the path of totality, there was Smith – perfectly positioned in line with the moon and the sun.

“Tommy, it’s perfect, man. You’re in the pearly necklace of the eclipse,” Hesser radioed to his teammate above with the sounds of cheers echoing through the rocks. “It’s outrageous.”

Once Hesser posted his photo on social media, it quickly went viral. To date, the post has more than 60,000 likes on Instagram, 75,000 likes and nearly 96,000 shares on Facebook.

He gained tens of thousands of followers within hours. And as soon as the armchair critics started questioning the authenticity, Hesser, Studer and Shainblum were able to quickly douse the haters with videos documenting the planning and the moments the image was captured. 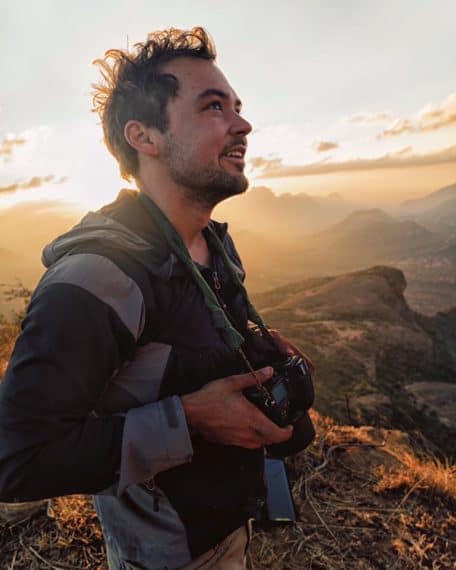 “Totally surprised by the reaction,” he said. “I was shooting the event for Goal Zero and mostly just wanted to do a good job by them, I had no idea this would go this big. I’ve tried to bask in the popularity but honestly ‘going viral’ is a rather stressful situation! There are a lot of real-time demands for one’s time/attention. Looking forward to things settling down a bit soon I imagine.”

Hesser’s Instagram feed is filled with breathtaking images from his adventures around the world. Yet, his most popular post involved something other-worldly.

And like many people who have described the eclipse as “life changing,” Hesser expects the experience to have a lasting effect on him too.

“I’ve never spent this much time planning and setting up for one shot. This experience has taught me how powerful that process can be,” he said. “I’m not sure what I will do with that insight yet, but it definitely makes me think that I can dig deeper and take more powerful images with proper planning and foresight.”